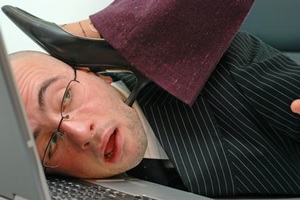 I blogged a few months ago about the change in California law that permits probate courts to rule in on the validity of a statement in your will that threatens to disinherit any person who files a lawsuit contesting the validity of your will.

Under current law, the courts will allow good faith challenges that allege some sort of wrong-doing in the creation of the will, including an allegation that the testator was under some undue influence in writing out the terms of his estate distribution.

So what is undue influence? One example was in the infamous Marshall v. Marshall battle where Anna Nicole Smith alleged that her late husband’s son engaged in malicious and willful behavior to prevent his father from leaving Anna Nicole a substantial gift in his will.

Many times the elderly are easy targets for manipulation and unscrupulous individuals, often family members, who try to manipulate them into signing a last will and testament to their advantage.

The court will look at all the circumstances to determine whether an individual asserted undue influence and it may void a gift under a will.

The court may look at the relationship between the donee and the testator (drafter of the will). Why is this person getting the money?Is the donee a family member or a normally expected heir?

It’s also worth noting the circumstances under which the property was promised in the will, such as if and when the will was changed from a longstanding estate plan, and whether the change was made in secret or if the testator’s intentions were shared with others. Also, what was the physical and mental state of the testator at the time the will was written or changed?

These aren’t exclusive factors in determining whether there was undue influence or not, but they are questions worth asking in the interests of protecting yourself and your loved ones.

On a final note, there is no law against asking someone to leave you something in a will. You and your sister might both ask your 96-year-old grandma to leave you her 5-karat Harry Winston diamond ring. But if your grandma is in a fragile mental or physical state, and you lie to her and tell her that your sister is a drug addict who will surely pawn any jewelry for cash – that’s undue influence.You usually know it when you see it…it doesn’t pass the smell test.