Don’t Do What This Grandmother Did to Disinherit the Grandkids 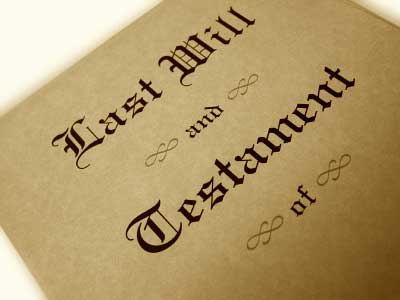 Remember when grandma asked you to visit? Some grandchildren in Austria didn’t and Grandma went to extraordinary lengths to keep her family from getting her money. She shredded over $1 million USD right before she died. Not happy to stop at that, she cut up her bank books. According to Forbes, the shredded bits were found in her bed at the nursing home.

Why did Grandma go to the trouble? In Austria, like other European countries, it is difficult to disinherit your relatives. Without a will, a person’s estate passes to their spouse and children — or grandchildren. With a will in place, a person must still, by law, include provisions for certain mandatory heirs such as spouses and lineal descendants.

Disappointed heirs in the America may avoid experiencing the same result.

In many states, a person can disinherit their children. It is simple to do with just a few words in your will. That wasn’t always the case. It used to be that if children weren’t mentioned in a will the court acted as though the will’s owner had simply “forgotten” them and would correct the mistake by including the omitted children in the estate.

That change in the law led to President Calvin Coolidge to leave one of the shortest wills in history:

“Not heedless of my son John, I give all my property, both real and personal, to my spouse, Grace Coolidge:

Just a few words but it conveyed the right message.

Today, kids can be disinherited through a will. The same doesn’t apply to a spouse, though. Most states prevent a person from disinheriting their spouse and typically designate a fraction of the estate — 1/3 is normal — as a share intended for the spouse.

That share, also known as the “elective share,” can be claimed by a spouse against the estate as well as against non-probate assets like life insurance and retirement plans.

So what about Grandma’s money? Friedrich Hammerschmidt, the head of Austria’s central bank, said that the bank will replace the shredded money so the heirs will get paid. “If we didn’t pay out the money, then we would be punishing the wrong people,” said Hammerschmidt.