Death Without a Will – Intestate Succession

Intestate administration is handled similar to a probate estate where the decedent’s original will is admitted to the New York Surrogate Court by the executor, heir or beneficiary. There are some important differences to point out though. Since there is no will, the Court must appoint someone to act as the administrator of the estate. Usually, the administrator is a close family relative. If the heirs cannot decide amongst themselves who that person should be, the Court will make the decision. 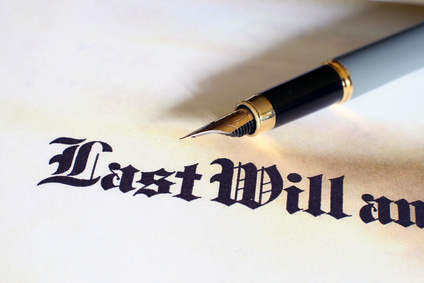 Dying Without a Will – New York Intestacy Laws

As an example, your dad may have promised to leave you his house and your brother his business. Under the Intestate laws, you and your brother would end up each receiving half ownership in the house and half ownership in the business. Providing the two of you get along, you could probably work things out so that your inheritances were in accordance with your dad’s wishes. However, things are not always that simple and matters can become more problematic when family members do not get along. Not all heirs may end up with what they hoped to receive from their loved one.

If there are no immediate close family members, then any person who is related to the decedent by blood has a statutory right to inherit the decedent’s assets, such as aunts, uncles and cousins, if they can prove their lineage. In this instance, a kinship proceeding would need to be filed with the Court.

At the kinship hearing, the heir would then present evidence such as birth certificates, death certificates, divorce decrees, DNA findings or a family tree to prove their blood relationship with the decedent. The Court will review the evidence and make a determination as to whether the heir is entitled to receive the all or a portion of the decedent’s assets. Once the matter is determined, the administrator will be able to distribute the assets. Kinship hearings are more complicated, although they can also be quite interesting because all sorts of family history can be discovered and new stories told.

Hiring a Probate Lawyer in NYC

If a person died intestate, this could promise a complex intestate estate matter. Many times family members will hire a New York estate attorney to assist with the administration of an intestate estate, especially when the estate matters involve the sale of real estate or the decedent’s business. Mike St. Pre attorney can explain the intestate process to the heirs and appear at court hearings whenever necessary as well as draft any legal documents that may be needed and help settle disputes that may arise among heirs.

If you need assistance with a New York intestate administration, it is recommended that you contact us now. We will help.