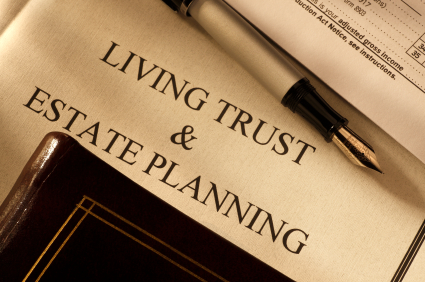 Wills and trusts have an interesting history in a culture as heavily influenced by British common law as our own. The bequests of wills have been the pole star around which a great deal of mystery fiction has been written where furtive and anxious relatives wait around a long imposing table to hear what is to become of the family fortune and thus; what is to become of them. As usual, fiction and the media give one side of what something has been or is, while the other side of the tale exists behind the scenes or on an obscure back page of a newspaper.

What is not often shown about a will is that it is contested. Perhaps this is because the craving for legal courtroom drama is a relatively new phenomenon, and perhaps because the way the family members behave toward one another over large sums of money is too violent even for television. Wills are contested in long bitter rivalries that often leave no member of the family unscathed. Often there are two opposing camps and each relative must decide which side they are going to be on. It is refreshing when the sides earnestly agree that they each wish to bring about what they believe the deceased would have wanted, but it is more often the case in which that is merely the incantation recited to get what each opposing camp thinks is their due.

One means of opposing a will is to suggest that the person making the will was crazy when they made it. That is why even most lay people begin their will with the phrase, I (so and so) being of sound mind and body. This legal doctrine is not unique to wills, but affects the right to enter into contracts and agreements of all sorts. In the context of wills, this is called capacity.

Capacity can be broken down into two elements — first, the will maker must not be mentally deficient. For the most part this means that the will maker must understand what they own, who will get it and the basic arrangements used to get that person whatever it is they are to receive. These elements combine such that the will maker must understand how these elements relate. It seems that video taped sessions where the deceased explains the whole process are changing the applications of this law. There is the deceased on-screen explaining who gets what, why and how and in what way that affects the rest of his/her property. Note that the requirement of mental deficiency is not about what the person understands generally, but what they understand about what they own. It is tempting to wonder if this requirement stems from the fact that the rich are allowed to be eccentric to a certain extent in our society.

The second prong of capacity is whether the will maker is operating under an insane delusion or mental derangement. However, again, this insane delusion or false belief against reason, is not about anything other than the assets in the will. Provided that someone has an insane belief against reason, it doesnt matter unless it affects the property divided up by the will. If someone believes they see dead people, but doesnt attempt to leave money to any of them, then that is probably all right. Usually, insane delusions come in the form of an irrational belief that someone is not the deceaseds child or that the deceased spouse has been disloyal in the conjugal sense. But, again the deceased can hold a whole host of irrational beliefs about matters other than their property, and that would not invalidate their will.