LTC Insurance, Part I: Do You Need Long-Term Care Insurance? 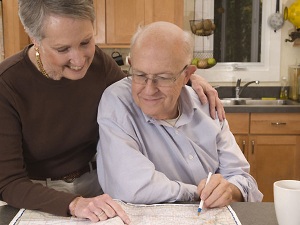 There has been much news in recent days about the need for Long Term Care (LTC) Insurance and the recent reports of large increases in premiums and big insurance companies announcing that they will not sell any new policies.

The subject deserves more time and space than one blog article, so today I will touch on the need. I will follow this blog next week with interviews with Long Term Care Insurance Brokers and Financial Planners discussing the problems the LTC insurance industry is going through.

People are living longer these days, but the human body still continues to break down.  As such, more and more seniors – an estimated 9 million in 2008 – need long-term care.  But do you need long-term care insurance?  It’s a smart way to defray the enormous costs of care, but really, it depends.

Premiums this year cost individuals an annual average of $2,180, but the average rate this year for a private nursing home room is $229 per night, or $83,585 a year, and the average rate for a home healthcare aide is $21 per hour.  The New York Times had an article last week (“Ignore Long-Term Care Planning at Your Peril”) reporting that some major long-term care insurance companies are looking to raise premiums by as much as 40 percent.  And, the longer you wait the more likely rates will rise, and the older you get, more likely you’ll develop a so-called pre-existing condition that affects plan availability and premiums.

There is a misconception that Medicare will cover long-term care costs.  While Medicare may pay for short-term nursing home stays in certain circumstances (for example, while you are convalescing after surgery or undergoing rehabilitation after a qualified hospital stay), it will not pay for long-term care.  And, Medicaid will cover nursing home costs, but only after you’ve expended most of your own finances, and then your access and options in care providers becomes severely limited.

The new Class Act, passed under the health care bill, provides long-term care insurance through the government, but enrollment doesn’t start until 2012 and benefits aren’t likely to exceed $100 a day and then only after you’ve paid premiums for 5 years prior.  However, it may be easier to qualify under the Class Act, as some private plans won’t cover care for certain pre-existing conditions.

One up-side is that there are tax breaks available for qualified long-term care insurance premiums where benefits received under such policies are tax-free.

So, how likely are you to need care to make purchasing an insurance plan worth it?  It largely depends on your family’s health history and your financial situation.  If you’re at risk for a serious illness that requires regular care, and you want to leave something to your children or grandchildren upon your death, it’s probably smart to at least investigate the specifics of a LTC policy.

Next time, update on the Long Term Care Policies and Insurance Companies.