Statute of Limitations Can Work for You — Or Against You 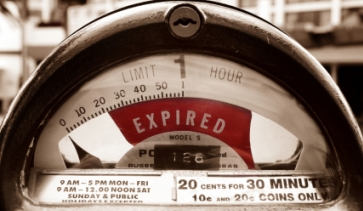 Statutes of limitation provide guidelines for starting criminal proceedings. The policies surrounding statutes of limitations show society’s wish to get on with prosecutions while individual memories are still good and before witnesses die or move away. Typically the clock starts to run on statute of limitations on the day that the crime is committed. If the time limit runs down before the accused is charged, indictments should not be brought. It is up to the defendant though, to point out to the prosecutor and court when it’s suspected that the statute in question has expired.

The time limit on a particular crime will vary from state to state as well as the seriousness of the crime. Generally, the greater, or more serious, the crime, the more time a state has before having to  begin prosecution. Here are a few time limits as laid out in the “Moral Penal Code” and is similar to those followed in many states:

When the Clock Starts and Stops

Many states are changing the law. For example, some states allow for prosecution of sex related charges to be brought within one year that DNA evidence establishes the identity of the suspect. In cases involving criminal acts against minors, most states don’t start the clock on the statute of limitations until the victim turns 18.

If a prosecutor charges a case that has passed the statute of limitations, it can still make its rounds through the courts. It is up to the defendant to point out to the courts and raise the issue to the judge. Defendants have to petition the court for dismissal based on a violation of the statute of limitations, and it needs to be done as the case is pending. If a defendant waits until the trial has begun, the defendant is considered to have waived their rights and the trial will continue.

Right to a Speedy Trial

Statutes of limitations are different from the right to a speedy trial as guaranteed in the Sixth Amendment. While statutes of limitation apply to the time period beginning with the commission of a crime until prosecution begins, the “speedy trial” right doesn’t start until the prosecution brings the case. If the prosecution starts the court proceeds and fails to move the trial along, a judge could decide that the defendant’s rights were violated.

The laws vary greatly state by state; any time limit for bringing an action will depend on the rules of the state where the crime was committed. As with any criminal case, it is best to consult an experienced attorney as early in the process as practicable.