Things to Consider Before Blowing the Whistle 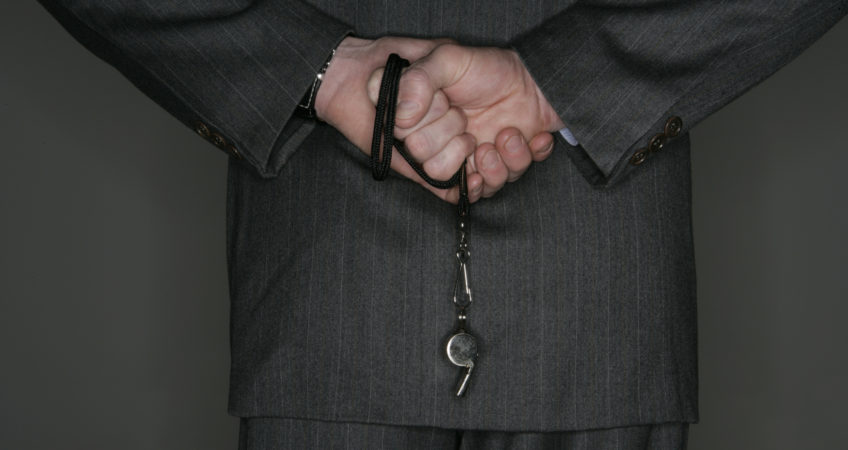 Even before Edward Snowden became an NSA whistleblower, people have often reported their companies for dangerous and fraudulent activity. While too lengthy to completely report here, a recent settlement against a California nursing home highlights some of the ins-and-outs of whistle blowing. The lessons learned is valuable information for anyone considering reporting their employer to a federal agency.

A nursing home operator in Mission Viejo has agreed to pay $48 million to settle accusations that it billed Medicare for medical procedures that were unnecessary. Two therapists had accused Ensign Group of permitting the rehabilitation therapy at half-a-dozen nursing facilities in California from 1999 until 2011.

The two whistleblowers, who have both since left Ensign, told officials with the Department of Justice that the company provided therapy to patients whose diagnoses did not call for it. While the company’s goal was old fashioned — greed, the whistleblowers will receive a portion of the $48 million fine.

The false claims were submitted by Atlantic Memorial Healthcare in Long Beach and other locations where Ensign has facilities throughout California. Stuart Delery, assistant attorney general said that nursing facility that place their own (financial) interests above the interests of their patients would be held accountable. “We will continue to advocate for the appropriate use of Medicare funds and the proper care of our senior citizens,” he said.

Ensign Group has denied any wrong doing and claimed to have settled to avoid the uncertainty and expense of protracted litigation. The prosecutor in the case credited the two whisleblowers involved for shedding light on the long-term fraud.

Are You a Potential Whistleblower?

If you’re thinking of engaging in whistle blowing, there are some things you need to keep in mind. Finding an attorney skilled in whistleblower laws before you take any action can save you grief later. Here are some tips to keep in mind if you’re considering taking action against your employer.

An attorney can tell you what activities are, and are not, protected by existing whistleblower laws. Be sure to use the internet and research online sources about Federal and state laws. Find out what agency will likely be responsible to act on your reports concerning an alleged violation.

Keep a record of events to use as evidence to support your reporting of a violation. Be sure to include copies of all incriminating documentation. Keep a detailed report showing conversations about the violations, who you spoke with and when you spoke with them.

Gather copies of all your personnel files. Before you file a claim as a whistleblower, be sure to visit the human resource department for your records. In order to support firing you, some employers may try to change information in your file after you’ve filed a claim.

You will need to prove that the employer has acted against you for reporting misconduct. Before you can qualify for whistleblower protection, your employer must have acted, or retaliated, against you. Actions forbidden to the employer in retaliation for whistle blowing may include firing, demotion and generally any activity that could cost you money.

Be sure to file the claim with a lawyer’s help. Claims can be made in writing, faxed or orally, depending on what agency to whom you are reporting. Act immediately so the statute of limitations won’t run out.

Maintain open communication with your attorney even after you’ve filed. You may find that you are entitled to a settlement or have the option to file a civil claim and an attorney can best advise you on followup actions needed.