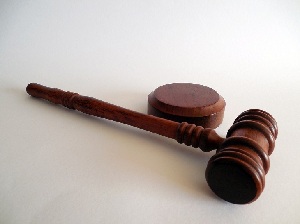 On December 29th a California court of appeal upheld a century old law of inheritance. Under the law in intestacy (when you die without a will) your estate is distributed to your “legal heirs” In California if you die “intestate” without a surviving spouse, domestic partner, surviving children or surviving descendents of deceased children, your estate will go to your parents if they are still living.

In this case the facts state that Leslie Shellenbarger was born in 1963, and died in 2005. His only surviving heirs were his mother Laura and his father Clifford, who were married for a short time more than 40 years ago. In 1962 Clifford moved to Michigan, leaving Laura and their one-year old daughter Michele in New Mexico with no means of support. Laura was pregnant with Lesley at that time.

In 1964, Clifford obtained a judgment of marital dissolution and was ordered to pay $10 a week for Michelle’s and Lesley’s support. The order later increased the support to $25 a week per child. The record shows that Clifford had no relationship with his son Les and failed to pay the court order child support for years – the unpaid support grew to more than $35,000.

After Leslie died, his mother Laura asked the Probate Court to award the entire estate to her, based on the theory that it would be unfair that his father should reap a financial windfall after the death of his son, because he never saw his son and failed to pay for his support during the 42 years he lived.

In the end the Probate Court decided that the law is the law. Clifford was awarded half of the estate. The Court of Appeal held that a California Probate Court may not, on principles of equity or fairness, disinherit a natural parent from distribution in child’s estate when child died without a will. Failure to pay child support or lack of a meaningful parent-child relationship does not affect parent’s rights as an intestate heir.

Moral to the story. If you have legal heirs who you don’t like and who always treated you like dirt, give them the boobie prize, write a Will.