The Cautionary Tale of Steve McNair 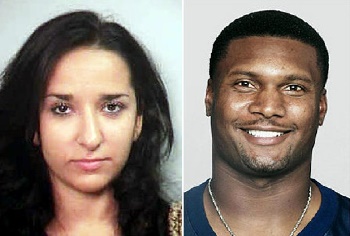 Former NFL quarterback Steve McNair was shot and killed in what police have deemed a murder-suicide on July 4, 2009, apparently at the hand of his mistress.

He left a wife, Mechelle, and four young children (two from a previous relationship), and no will or estate plan.

McNair’s estate is sizeable. He earned more than $90 million in his playing career, not including marketing and endorsement deals. At last inventory, his widow listed his estate assets at around $19.6 million.

Mechelle McNair hired a probate attorney and was granted the legal authority to administer his estate. However, in the probate petition, she listed only herself and her natural children as heirs saying she didn’t have proof that the other two were McNair’s natural children.

McNair was ordered by Mississippi courts to provide child support for the two children, which seems to indicate that Mechelle really had no reason to doubt their parentage. And while it doesn’t appear that Mechelle plans to challenge their claims to the estate, the two children – both of whom have attorneys representing their interests – have not yet filed as beneficiaries.

And most recently, another Mississippi woman has come forward claiming that McNair fathered her 17 year-old daughter.

And these are just the claims from McNair’s heirs and potential heirs. This says nothing of his outstanding debts, one of which may be unpaid rent for an apartment that may have housed a second mistress.

This sad story of his death is further agitated by the fact that this family’s grief and indiscretions must be played out in public.

Even if you are not a celebrity, or weren’t murdered by your mistress, there is no privacy when your assets go through the probate court – not from the media nor from the nosy neighbors next door. Everything is out there for the world to see, your debts, an itemization of each of your assets, and the names and addresses of your heirs.

A good estate plan can avoid this. Just do it.