The Stuff Memories Are Made Of 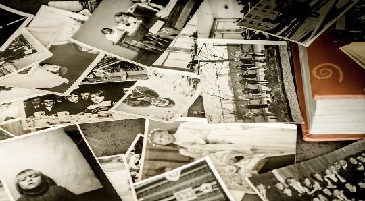 Over their lives, people tend to accumulate a lot of “stuff”: furniture, clothing, knick-knacks, books, personal collections, etc. And when they die, that stuff gets passed on to their loved ones, taking up space in their garages, looking oddly out of place in their dining rooms, or sitting in storage simply because the heirs can’t bear to part with it.

It’s not uncommon as an estate planning and probate lawyer to see how people who inherit furniture and other material wealth tend to unnecessarily cling to those physical items. Even I have been dealing with this in the wake of my father’s death: I just do not want to let some things go.

A recent New York Times article highlights the power we give these material objects over our lives, and points to the problem of hoarding, which has become fodder for reality television shows.Hoarding is a serious compulsion, and most people don’t accumulate stuff to that extreme.

But seeing that extreme can force us to look at how we may be hanging on to unnecessary material things when all we really want is the memory that thing evokes.

The trinkets we’ve been given or that we’ve picked up somewhere special become the physical manifestation of the memory of the giver or the context in which it was gained. But “your mother or grandmother didn’t plan for you to become overwhelmed by them,” says Jamie Novak, a professional organizer and author of “Stop Throwing Money Away.”

Organizing experts suggest that you pass on the memories instead of the goods. And, if you already have Aunt Sally’s armoire taking up space in your living room, take a picture of it before donating it to charity.